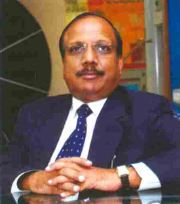 When you say dehumidification, it’s not the weather outside one is talking about. It’s a highly specialized filed and Bry-Air (Asia) are the pioneers and leaders in the trade. Bry-Air manufactures equipment that specialize in humidity control, dehumidification, drying, storage, preservation, air and gas purification catering to defence industry, apart from its huge clientele in other sectors. Bry-Air (Asia) President, Dinesh Gupta, speaks to Delhi Bureau Chief, Amitabh Joshi, about he company’s operations and plans.

Dehumidification systems today are being increasingly adopted by the army, navy and air force all over the world to check the elements of destruction like corrosion, rot and mildew-for preservation of equipment and storage of materials.

Tanks, aircrafts and ships of leading defence forces the world over are kept in a state of permanent readiness through control of humidity and dry air warehousing, or on-site storage systems. While Bry-Air (Asia) caters primarily to a huge line of clients in the pharmaceutical and food processing industry, it has made significant inroads in the defence sector too.

It has a leadership position in India in this field with a 90 per cent market share and is also the emerging leader in China despite being an Indian company.

The products manufactured by Bry-Air (Asia) are not only sold in the Indian market, but also exported to over 40 countries which South East-Asia, China, CIS countries, Indian subcontinent, West Asia; Middle East, Africa including South Africa and Australia as well as USA and Japan.

Says Dinesh Gupta, President of bry-Air (Asia): “Basically we do not produce any machinery which produces something. What we do is help you produce equipment under stringent requirements, including environmental control. This is the area where we also get involved with defence or the civilian side-especially in the aviation sector.”

Gupta says there is a problem with humidity which could lead to disasters. For example a long time ago the late Rajiv Gandhi’s plane had to emergency land in Moscow due to a fault triggered by a humidity problem.

If, for example, the aircraft engines which usually have additional spares are not kept in controlled humidity, the chances are that some level of corrosion will take place – whether organic or inorganic. Organic, as in fungal growth or inorganic as in rusting.

Either way it can lead to disaster because when replaced, the engine may not function properly. “Most of the airlines for their maintenance cargo keep them in controlled humidity. The easiest way to do that is by using desiccants (moisture absorbents) which is what we make our dehumidifiers from”, says the Bry-Air President. 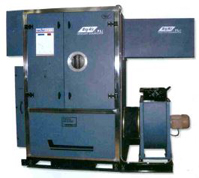 “When we employee the desiccant on a dynamic basis in our equipment, a machine can continually absorb the moisture and desorbs the moisture out. It’s like an air-conditioner which will cool and throw the heat out. In our dehumidifier we create a canister where we have the desiccant, as in silica gel.

If we can press air over it the moisture from the air will get absorbed and the dry air will come out. At some point the desiccant will get saturated. We then rotate it into another section where we pass air which is at a high temperature and then it takes away the moisture. It is like recharging a battery”, he says.

A dehumidifier controls the humidity in a room or area where the equipment is housed. If you keep it below 40% relative humidity all the time the chances are it will be kept at bay. The applications are manifold. Whenever a defence get come back from a sortie, the equipment is connected to a small dehumidifier so that condensation caused by low temperatures in flight is dealt with.

Even parachutes used by jets in landing are dehumidified to be used again. They are hung up in hangers to be dried. Says Gupta: “We have supplied equipment even for these procedures. We also get involved in preservation of hardware like missiles, especially those which are older and need to be extended in utility. We have even mothballed a frigate and did Sea Kind and Sea Harrier preservation projects at Goa and Cochin.

Preservation and production areas like shell making and electronics anywhere where environmental control is an issue, is where Bry-Air steps in. Apart from the three service wings, they also work with companies like HAL and BEL.

“Our defence business, however, is not very large because it requires more patience given the long and complicated procedural and bureaucratic processes. For us, the civilian business works batter. We have not been able to get involved in the defence sector in the volumes we desired”, says Gupta.

Bry-Air has undertaken several jobs for DRDO, including their lithium battery production unit in Hyderabad and at IIT Kharagpur. There are no other significant parties dealing in this technology in the defence sector.

Says Gupta: “Being a single player-it can actually become more difficult to convince the sector that the product is for good of the country, not just our company.”

In the civilian sector, a lot of airlines are in touch with Bry-Air. “We also have a very good client in China, where a joint venture engine maintenance unit is located in Jiangmen. We have 40-50 of our units controlling humidity in this production area. We also provided an energy-efficient indoor air quality unit for Beijing airport, which was put into place during the Olympics. The units were also used in the Bird’s Nest stadium”, remarked the Bry-Air (Asia) Chief.

Their largest client base, however, is in the pharmaceuticals and food industry. As for residential products, the company intends to introduce a new range in the luxury segment. And things are moving fast. With three plans up and running in Gurgaon, Haryana and a new facility coming up at Manesar, Bry-Air also just acquired a German company, A+H. At present Bry-Air exports are 30%-35% but the intent is to go up to 50%.

“Our main client in exports are West Asia, Africa, Bangladesh (95% plus market share) and North America, where the original Bry-Air USA is now our license. We will now also by supplying to clients in Europe. As a group this year we should be closing with a turnover of Rs 225 crores. We intent to be at Rs 400-500 crores in next 2-3 years”, says Gupta.

As for the company’s future plans, Bry-Air has a clear cut path. Despite the recession, it hope to grow as a group by 25% this year. Says Gupta: “Globally we’re trying to see that we reach all markets which matter. Japan is going through a very bad recession but we’d like to be there. We’d like to do something more in Korea where we have an office. We already have a license in Brazil and we’d like to activate that area more. And in Europe we’ve already put up a presence.

He sees the future as stable, “We will see both organic and inorganic growth. Financially the group is sound and even in these tough times we think maybe it’s an opportunity for us to see how we can grow”.