Make in India and Make in China

India is seen as the second-best cost-effective option in terms of market size, labor, land, and opportunities after China, but the competition from Indonesia, Vietnam, Taiwan, and Thailand is not to be taken lightly. 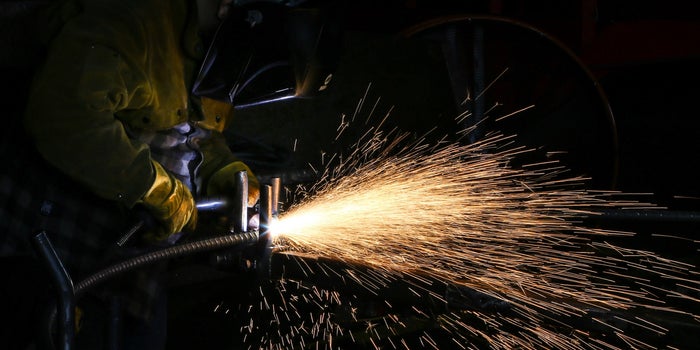 China currently makes one out of every five goods made in the world. As the world’s major destination for manufacturing, China’s economy has grown by establishing its prowess in making the tiniest of parts that are used in completing a product. But this was not China’s story always. China liberalized its economy during the early ’80s allowing it to get ahead in terms of production. Every comparison you will see between India and China is only 10-12 years old. Now known for its ease of doing business, investor-friendly policies, simple tax procedures, and skilled labor, China is too tempting an option to opt-out of amid the current ‘shifting the business out of China’ debate.

However, as much as 56 companies relocated their production out of China in the past year. Not just the consequence of the pandemic outbreak aftermath but increasing stress around the trade war between the US and China has led to this walk-away in a major way. But where does India stand to play host for these companies is altogether a different debate.

India is seen as the second-best cost-effective option in terms of market size, labor, land, and opportunities after China, but the competition from Indonesia, Vietnam, Taiwan, and Thailand is not to be taken lightly. Around 60 per cent of India’s population is still employed by agricultural sectors and India has a stronghold in exports related to other sectors such as pharma, textiles, mineral products, chemical products, precious metals and stones, and food and beverages. But manufacturing industry in India comes with its own set of challenges: although the Indian market is sizeable and only second to China, the land reforms are in limbo, the labor laws are flawed, there is a huge skill gap, and the tax breaks for attracting the foreign investors are superficial.

China exports eight times more than what India exports currently and despite its dominance in export, the Indian government is making serious efforts to boost the country’s manufacturing sector. With initiatives such as Make-in-India and Atmanirbhar Bharat (self-reliant India), India aims to increase the contribution of the manufacturing sector in the country’s GDP to 25 per cent (16 per cent currently). For instance, we recently saw a slew of fast track steps taken by the government to set up API manufacturing plants in India to lower the country’s dependency on China for sourcing the raw material. The local manufacturers supported the move and plants are being planned in Vizag and nearby areas.

As per the recent report by World Bank, Indian has moved up a few ranks in terms of ease of doing business. However, most of the policies and communication are not that fulfilling when you look at it from the ground level. The local manufacturers are still making their way through the lowered tax rate. The investor is mobile and it will move to the next best location where the process is simple, transparent, and easy to manage. China attracted a lot of MSMEs in its growing years because of its simple and easy structure of setting up a shop in the country. In another survey, the World Bank made another interesting observation. It compared Mumbai with Shanghai across several indicators for their ease of doing business. It was found that registering a firm requires 10 different procedures when compared to only 4 in Shanghai. Not only tedious, opening a firm in Mumbai is an expensive affair too. The total cost of registering a firm in Mumbai is over 9 per cent of India’s per capita income, whereas it is only about 1.5 per cent of China’s per capita income in Shanghai.

Going back to the point of supporting local manufacturers, India still has a long way to go. Many Indian manufacturers have been making never before inventions, they have found a way of overcoming challenges by adopting localization and are successfully exporting the world over. Quoting an example specific to the HVAC&R industry, dry rooms and dehumidifiers are made by various manufacturers the world over. But Bry-Air is one of the most sought-after names in the industry. The difference is in the quality, the cost, and timely delivery. While other manufacturers assemble the various parts of dry rooms and dehumidifiers from different countries, Bry-Air makes everything indigenously. The impact is directly on the cost, ease of business, and after-sales service. This is possible because we invest heavily in gathering knowledge, adapting to the changing needs of the global consumer, and that has made it possible for us to launch various industry-first products. For example, our first waterless dryer for the plastic industry. We also supply our products to China.

One more aspect that makes India stand out in this whole debate is that unlike China, India puts a lot of stress on service. While China is known for mass production and the quality of the products may or may not be up to the mark, in India, the customer expects quality for the money invested. Thus, even in the HVAC&R industry customization as per the customer’s requirement is provided by Indian solution providers and this has benefitted us in strengthening our place in the global market.

In a nutshell, India has everything to be a manufacturing hub for the world’s major industries. But localization and empowering the local players is the key to speed up this process. Not only making it possible globally, but India also has a huge domestic market itself. If the local manufacturers continue to invest in R&D to make quality products, they can focus on serving the domestic market and make another contribution by keeping the revenues within the country.