The confectionery industry in developing countries is still at a nascent stage, since the consumption levels are low as compared to Western countries. Hence, to tap the immense future potential of these markets, established brands are drawing up expansion plans, while several new players are setting up bases in these countries. In India, particularly, consumption’s levels have picked up and the market seems all set to surge in the future.

Although India has an established confectionery industry, it still harbours immense untapped potential as compared to the West. In fact, India was in its infancy when chocolate consumption in the West had peaked. Consumption levels in India remain low, as the people still see chocolate and some confectionery items as a luxury. While the per capita consumption of Switzerland and Britain is around 8-11 kg of chocolate annually, Indians consume a paltry 50 gm. A major reason for this negligible amount can be that Indians relish their traditional sweets or mithai more than confectionery items. Be it a wedding or a birthday party, Indian sweets are a must!

Agrees Karan Gupta, executive director, Candico Ltd. “Indians still like to celebrate festivals and special occasions with traditional sweets. However, the recent past has witnessed a slow but steady shift towards the confectionery segment. Sweets are even more perishable as compared to chocolates and hence, people today have begun gifting chocolates that are packaged in special gift packs. These well packed chocolates need not be consumed within 24 hours. moreover, being associated as a luxury items, chocolates have a certain glamour around them. Hence, gifting these affordable delights is also well received. Western confectionery players are banking on this change, as it would enable to tap into this relatively untouched market.”

Today, after 50 years of relatively slow growth, the Indian confectionery Industry has finally picked up pace. Since the past three years it has been progressing at a rate of 20 per cent per annum, thus tempting international confectionery players to set up bases in the country. Further, according to Euromonitor International – a market research company – sales in India have increased by 64 per cent in the past five years to reach $ 393.8 million. European chocolate sales are growing at a rate of merely 1-2 per cent annually and sales in India are showing down. “Valued at Rs 2,000 crore, the organized confectionery market in India is growing at a rapid place. It is dominated by various small-sized, local players and a few national players, ”points out Nadia Chauhan, joint managing director & CMO, Parle Agro Pvt. Ltd.

The confectionery market in Brazil, Russia, India and China (BRIC) nations well witness fast-paced growth in the coming years. In fact, there are already indications that the market is progressing. Dinesh Gupta, President, Bry-Air (Asia) Pvt. Ltd, affirms, “The BRIC confectionery market grew by 5.5 per cent between 2004 and 2008 to reach a value of $ 21.2 billion. The market is forecast to have a value of $ 27 billion by 2013, a CAGR of 4.9 per cent from 2008. During the period between 2004-08, India was the fastest growing country with a CAGR of 7.7 per cent.”

European confectionery manufacturers are looking to leverage on these opportunities. Some European chocolate makers have already begun to make their mark in India and China. For example, the Switzerland-based food giant Nestle has more than doubled its sales since 2001 in China and is eyeing high growth in India.

According to a recent market research, chocolates have penetrated just 5 per cent of Indian households. On the other hand, sugar-boiled confectionery has reached 15 per cent households. This segment is expected to remain the most lucrative category over the next five years.

The Indian chocolate Industry holds a profitable position. It seems to be poised to grow by leaps and bounds in the coming years. While the demand for chocolates is increasing in India, sugar-boiled confectioneries (consisting of hard-boiled candy, toffees and other sugar-based candies) are more popular in the country. Chauhan says, “According to a recent market research, chocolates have penetrated just 5 per cent of Indian households. On the other hand, sugar-boiled confectionery reached has 15 per cent households. This segment is expected to remain the most lucrative category over the next five years and hence offers a high growth opportunity.”

But though sugar-boiled confectionery is the most consumed among children, a huge market for chocolates still exists. The Indian chocolate market holds great potential for Western chocolate manufacturers, as it is still at a nascent stage.

The development of supermarkets and increase in per capita incomes of consumers has had a positive impact on chocolate sales. People prefer buying international brands, as it offers them several options under one roof. “The development of supermarkets, hypermarkets and convenience stores coupled with the trend towards higher allowances for children are likely to be the primary growth drivers for sugar confectionery.” States K Gupta.

Sales are also expected to increase in certain parts of India. “The high number of foreign products and brand variants available in chocolate confectionery is expected to be a major factor in the more economically advanced regions of North and West India, where there is already a visible preference for chocolate confectionery,” he adds. With such vast growth potential, Indian chocolate companies known they are in the right place at the right time.

However, the industry has to overcome several challenges in order to tap this segment’s potential to the fullest. One of the biggest bottlenecks faced by this segment is the rising price of ingredients like cocoa, sugar and milk powder. Cocoa prices have gone up by one-and-a-half times in the last one year, while sugar prices have doubled. Similarly, prices of milk powder have increased sharply in the last few months. At the same time, since consumers are not willing to pay more for confectionery products, raising MRPs could kill sales. This is why despite the high manufacturing cost one can still buy a premium Cadbury Dairy Milk for merely Rs 2 in India.

This widening gap has made cost engineering difficult. “Confessionary is a highly price-sensitive and children-specific segment. It is largely sold as individual units at retail outlets. Also, children generally have a limited budget. Hence, confectionery brands have mostly focused on price points of 50 paise and Rs 1. This trend continuous till today because of restrictive coinage issues,” avers Chauhan.

Also, the recent order of imposing a limit on sugar stocks by the Food and Public Distribution Ministry has adversely affected the chocolate and confectionery industry. “Sugar comprises 65 per cent of raw material in the confectionery industry. The rise in sugar prices has created a lot of pressure on the margins, as manufacturers cannot increase the cost of the retail unit,” says B K Gurbani, chairman, Gurbani group, and president, Indian Confectionery Manufacturers’ Association.

Seconds Chauhan, “The industry mostly comprises local players. They have not been able to absorb the rising raw material costs, especially sugar and have been reducing in number due to inefficiency and inability to create economy through mass scale production or distribution.”

Another problem faced by this industry is that chocolates are perishable in nature and because of a poor distribution network, these goods can easily become inconsumable. Also, it requires proper cold storage. “Chocolate has to be stored properly to increase its shelf-life. Thus, it requires a proper cold storage facility. This is one of the main reasons why one does not find chocolates in small grocery shops. Also, this implies that one should have a sound distribution channel to provide customers quality products,” says K Gupta.

An improper distribution network can reduce the shelf-life of the chocolate. Chauhan avers, “The confectionery category is driven by volumes to sustain and justify industry presence. With products having low margins, high volume is what brings in value and growth. The introduction of high-value products cannot substitute the need to generate high volumes. Only an extensive distribution network will help get the volume game right.”

Firms across the country have announced plans to step-up domestic production from 10,000 to 16,000 tonne. The country’s annual cocoa demand is estimated to be around 18,000 tonne and is constantly increasing. Thus, India needs to catch up quickly to meet the demand.

India produces around 12,000 tonne cocoa annually but it barely meets half the industry’s requirement. Hence, the rest has to be imported. Moreover, this year, there has been a reduction in Indian cocoa cultivation. It is down by 20 per cent, while prices in London and New York are at a 30-year high. D Gupta says, “Firms across the country have announced plans to step-up domestic production from 10,000 to 16,000 tonne. The country’s annual cocoa demand is estimated to be around 18,000 tonne and is constantly increasing. Thus, India needs to catch up quickly to meet the demand.”

Due to this demand-supply gap, local cocoa powder prices are rising each month. And although Indian beans are still much cheaper than imported ones, the industry is expecting local prices to reach world market levels by March next year due to the constant increase in demand.

A dominant player like Cadbury, which imports around 8,000 tonne cocoa annually, understands the need for cocoa cultivation in India. Hence, it is aggressively promoting cocoa cultivation, especially since India has the perfect climate for it. Cadbury is helping farmers to grow hybrid cocoa tress in Andhra Pradesh and Tamil Nadu. It has started a new program called “cocoa gold” which encourages farmers to grow cocoa along side coconut to double their income and reduce risk.

Sugar comprises 65 per cent of raw-material in the confectionery industry. The rise in sugar prices has created a lot of pressure on the margins, as manufacturers cannot increase the cost of the retail unit. 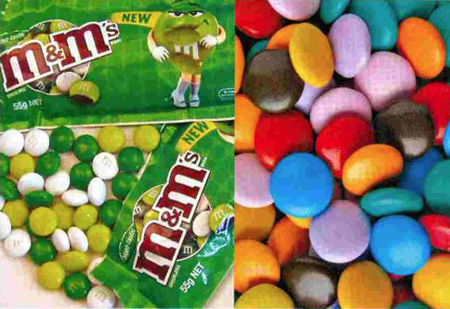 The Indian confectionery industry is and will continue to witness high growth rates. According to a study by Euromonitor International, the Indian sugar confectionery market is projected to expand at a CAGR of 8 per cent until 2011. The forecast increase in growth rates will be led by a rise in retail value growth, as consumers show a rising tendency for impulse purchases of sugar confectionery products. And, with the increasing purchasing power of the consumer, there should be no looking back for this industry.

K Gupta rightly points out, “Through the Indian chocolate and confectionery industry is facing several hurdles, it is all set to achieve higher growth rates in the coming years.” At the same time, companies like Bry-Air, which provide machinery to confectionery industry, see a bright future and are expanding their manufacturing facilities to meet the growing demands of confectionery markets.