Over 80% of all offensive odours contain nitrogenous or sulphur-bearing compounds. Products, chemicals or compounds which are non-odoriferous in their original state, may start emitting foul odour when they decay or change their chemical structure.

Animal research facilities have a high concentration of ammonia based compounds which not only have an offensive odor but can be harmful to the health as well. One needs to neutralize or remove high concentrations of ammonia-based compounds present in animal research facilities to control adverse health consequences from unwanted airborne contaminants related to production of pharmaceuticals. 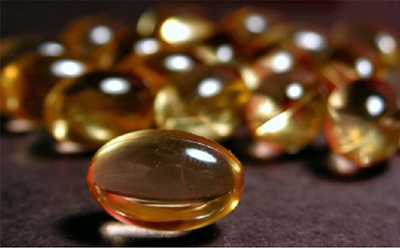 The organic and inorganic compounds emitted during various pharmaceutical processes create discomfort as they have unpleasant odors. Increased demand for a clean and pleasant environment have forced all types of industries to control odor emissions as well as toxic air pollutant The two basic ways for controlling odors at food processing and pharmaceutical plants are:

Source control is always the first choice for odor control. However, in most cases, removal of odors from the discharge ducts or dispensed ventilation air is necessary to remove the odor problems.

Odors generated in pharmaceutical plants are usually a mixture of various organic and inorganic compounds in low concentrations. Most of these compounds are nitrogen and / or sulphur bearing hydrocarbons, which are not toxic and easily biodegradable. 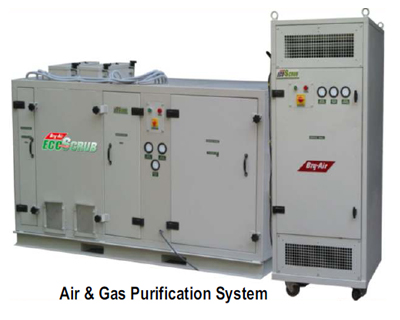 Typical odorous compounds encountered in pharmaceutical operations include aldehydes, ketones, alcohols, acids, ammonia, amines, sulfides, mercaptans and hydrogen sulfide. In some cases, the odors may also be caused by volatile organic compounds (VOCs) which are less biodegradable. The physical and chemical characteristics of specific odors are largely affected by the odor source. Effective application specific air cleaning technologies are needed to help pharmaceutical manufacturers to make their operations environmentally friendly.

The Bry-Air ECOSCRUB Air & Gas Purification System (AGP), based on dry scrubbing air filtration method, employing the processes of physical adsorption provides an ideal and cost effective solution to eliminate odor problems in these industries, as they are designed to operate and maintain odorous gas levels at 1 ppb or less.